My short story about modern day furies is now priced at $0.99. Get your copy!

Mod Fury by H.K. Rowe on Amazon! As always Mod Fury is FREE on KU. 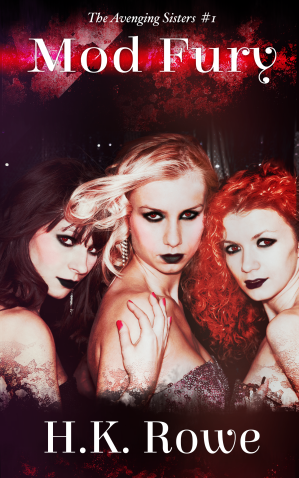 If you get a chance to review it, that would be lovely! You can find it HERE on Goodreads too. Thanks for all the support!

Pick up your copy now! FREE promotion ends on Wednesday!

Thanks for the support.

Well, I finally released another story. It’s been a rough few years since I released “Unbridled” in 2014.

We’ve packed up, sold a house, bought a house, moved, I got pregnant, had a beautiful baby girl, changed jobs, gone through some financial struggles – but now I finally am getting into a routine where I can seriously work on my books again.

This is a short story prelude to an upcoming series about a modern take on the Greek Furies. Available for pre-order and free on KU!

Please add it to your to-read list on Goodreads as well!