This is just a reminder that the ebook for “Unbridled” is still FREE on Amazon! It’s $0 for two more days.

Thank you to all who has downloaded the book so far! I really appreciate it.

Who doesn’t like free books? Get a copy if you haven’t yet! 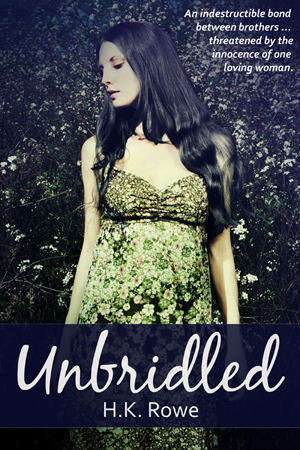 Unbridled is now on Kindle Unlimited!

This is an official announcement that my debut novel Unbridled is now only on Amazon. I have taken it down from other channels because I wanted to take advantage of some of the marketing options that KDP Select offers. Plus, there has been no monetary benefit for me on other channels for the past four years since publication.

If you have bout Unbridled previously on other channels not on Amazon, I do regret that I will not be re-uploading it to those services in the future. If you would still like a copy and get your money’s worth, please comment so I can get in contact with you and see if I can get a copy to you or let you know when I’ll be posting it free on Amazon outside of Kindle Unlimited.

Well, I finally released another story. It’s been a rough few years since I released “Unbridled” in 2014.

We’ve packed up, sold a house, bought a house, moved, I got pregnant, had a beautiful baby girl, changed jobs, gone through some financial struggles – but now I finally am getting into a routine where I can seriously work on my books again.

This is a short story prelude to an upcoming series about a modern take on the Greek Furies. Available for pre-order and free on KU!

Please add it to your to-read list on Goodreads as well!